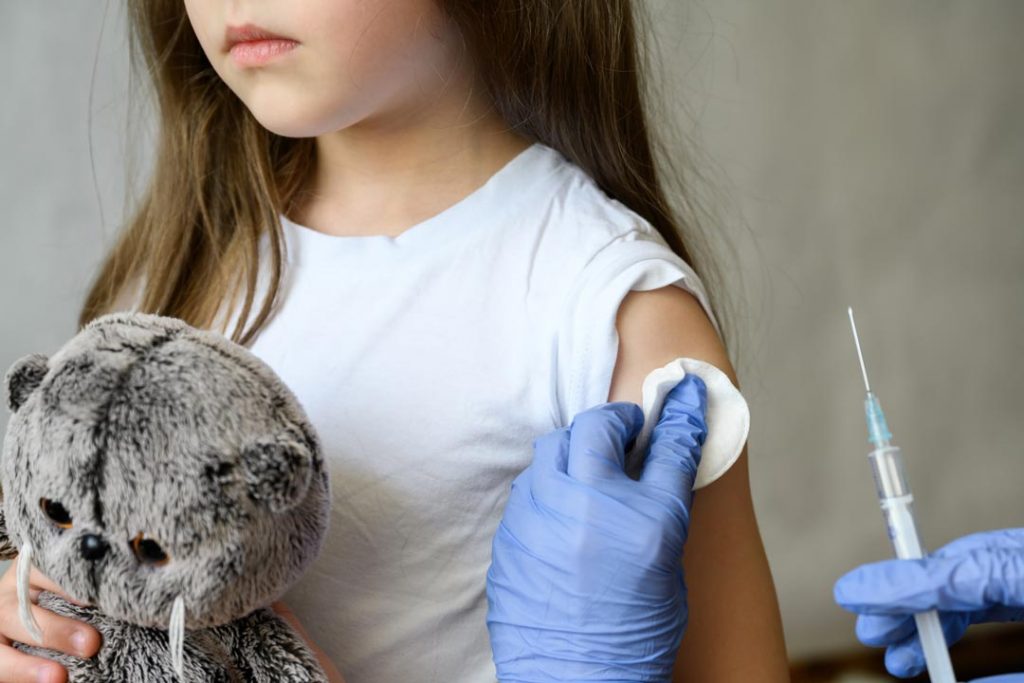 Bulk of COVID-19 per capita deaths occur in elderly with high comorbidities.

Per capita COVID-19 deaths are negligible in children.

Clinical trials for these inoculations were very short-term.

Clinical trials did not address long-term effects most relevant to children.

This article examines issues related to COVID-19 inoculations for children. The bulk of the official COVID-19-attributed deaths per capita occur in the elderly with high comorbidities, and the COVID-19 attributed deaths per capita are negligible in children. The bulk of the normalized post-inoculation deaths also occur in the elderly with high comorbidities, while the normalized post-inoculation deaths are small, but not negligible, in children. Clinical trials for these inoculations were very short-term (a few months), had samples not representative of the total population, and for adolescents/children, had poor predictive power because of their small size. Further, the clinical trials did not address changes in biomarkers that could serve as early warning indicators of elevated predisposition to serious diseases. Most importantly, the clinical trials did not address long-term effects that, if serious, would be borne by children/adolescents for potentially decades.

A novel best-case scenario cost-benefit analysis showed very conservatively that there are five times the number of deaths attributable to each inoculation vs those attributable to COVID-19 in the most vulnerable 65+ demographic. The risk of death from COVID-19 decreases drastically as age decreases, and the longer-term effects of the inoculations on lower age groups will increase their risk-benefit ratio, perhaps substantially.

Also, in the USA, nearly 600,000 deaths have been officially attributed to COVID-19. Almost 5,000 deaths following inoculation have been reported to VAERS by late May 2021; specifically, “Over 285 million doses of COVID-19 vaccines were administered in the United States from December 14, 2020, through May 24, 2021. During this time, VAERS received 4,863 reports of death (0.0017 %) among people who received a COVID-19 vaccine.” [3] (the Vaccine Adverse Events Reporting System (VAERS) is a passive surveillance system managed jointly by the CDC and FDA [3]. Historically, VAERS has been shown to report about 1% of actual vaccine/inoculation adverse events [4]. See Appendix 1 for a first-principles confirmation of that result). By mid-June, deaths following COVID-19 inoculations had reached the ˜6000 levels.

A vaccine is legally defined as any substance designed to be administered to a human being for the prevention of one or more diseases [5]. For example, a January 2000 patent application that defined vaccines as “compositions or mixtures that when introduced into the circulatory system of an animal will evoke a protective response to a pathogen.” was rejected by the U.S. Patent Office because “The immune response produced by a vaccine must be more than merely some immune response but must be protective. As noted in the previous Office Action, the art recognizes the term “vaccine” to be a compound which prevents infection” [6]. In the remainder of this article, we use the term ‘inoculated’ rather than vaccinated, because the injected material in the present COVID-19 inoculations prevents neither viral infection nor transmission. Since its main function in practice appears to be symptom suppression, it is operationally a “treatment”.

In the USA, inoculations were administered on a priority basis. Initially, first responders and frontline health workers, as well as the frailest elderly, had the highest priority. Then the campaign became more inclusive of lower age groups. Currently, approval has been granted for inoculation administration to the 12–17 years demographic, and the target for this demographic is to achieve the largest number of inoculations possible by the start of school in the Fall. The schedule for inoculation administration to the 5–11 years demographic has been accelerated to start somewhere in the second half of 2021, and there is the possibility that infants as young as six months may begin to get inoculated before the end of 2021 [7].

The remainder of this article will focus on the USA situation, and address mainly the pros and cons of inoculating children under eighteen. The article is structured as follows:

provides the background for the declared COVID-19 “pandemic” that led to the present inoculations;

describes the clinical trials that provided the justification for obtaining Emergency Use Authorization (EUA) from the FDA to administer the inoculations to the larger population;

shows why the clinical trials did not predict either the seriousness of adverse events that have occurred so far (as reported in VAERS) or the potential extent of the underlying pre-symptomatic damage that has occurred as a result of the inoculations.

READ ORIGINAL>>>>Why are we vaccinating children against COVID-19?