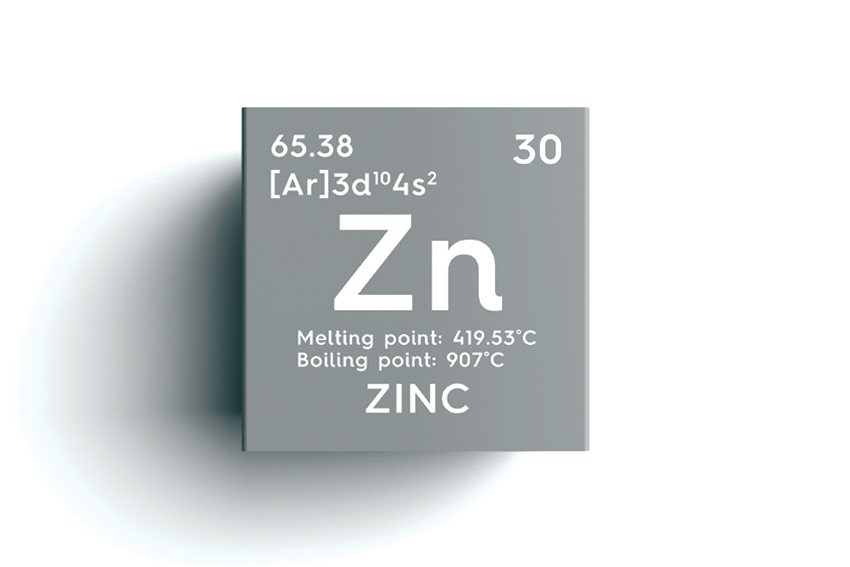 The Potential Impact of Zinc Supplementation on COVID-19 Pathogenesis

During the current corona pandemic, new therapeutic options against this viral disease are urgently desired. Due to the rapid spread and immense number of affected individuals worldwide, cost-effective, globally available, and safe options with minimal side effects and simple application are extremely warranted. This review will therefore discuss the potential of zinc as preventive and therapeutic agent alone or in combination with other strategies, as zinc meets all the above described criteria. While a variety of data on the association of the individual zinc status with viral and respiratory tract infections are available, study evidence regarding COVID-19 is so far missing but can be assumed as was indicated by others and is detailed in this perspective, focusing on re-balancing of the immune response by zinc supplementation. Especially, the role of zinc in viral-induced vascular complications has barely been discussed, so far. Interestingly, most of the risk groups described for COVID-19 are at the same time groups that were associated with zinc deficiency. As zinc is essential to preserve natural tissue barriers such as the respiratory epithelium, preventing pathogen entry, for a balanced function of the immune system and the redox system, zinc deficiency can probably be added to the factors predisposing individuals to infection and detrimental progression of COVID-19. Finally, due to its direct antiviral properties, it can be assumed that zinc administration is beneficial for most of the population, especially those with suboptimal zinc status.

The importance of the trace element zinc for the development and function of the immune system across all kinds of species has been proven in numerous studies (1–3). As zinc deficiency results in altered numbers and dysfunction of all immune cells, subjects with suboptimal zinc state have an increased risk for infectious diseases, autoimmune disorders, and cancer (3–6). In addition to malnutrition, risk groups for zinc deficiency include the elderly and patients with various inflammatory and autoimmune diseases, which will be discussed in detail later in the article (7, 8). As mild zinc deficiency is largely sub-clinical, it is unnoticed in most people. However, the World Health Organization (WHO) assumes that at least one third of the world population is affected by zinc deficiency (9). The fact that zinc deficiency is responsible for 16% of all deep respiratory infections world-wide (9) provides a first strong hint on a link of zinc deficiency with the risk of infection and severe progression of COVID-19 and suggests potential benefits of zinc supplementation.

The most common symptoms of COVID-19 are impaired smell and taste, fever, cough, sore throat, general weakness, pain as aching limbs, runny nose, and in some cases diarrhea (10). In the subsequent chapters, we will associate most of those symptoms with altered zinc homeostasis and explain how zinc might prevent or attenuate those symptoms, as summarized in Figure 1, and thus should be regarded as promising cost-effective, globally available therapeutic approach for COVID-19 patients, for which minimal to no side effects are known.

Zinc Protects the Human Body From Entering of the Virus

The entry of infectious agents into the human body is prevented by tissue barriers equipped with cilia and mucus, anti-microbial peptides like lysozymes and interferons. Regarding SARS-CoV2, the angiotensin-converting enzyme 2 (ACE2) and the cellular protease TMPRSS2 are the major mechanism for entering the cells (11).

a) Mucociliar clearance of viruses is affected by zinc

Infections with coronaviruses go along with damage of the ciliated epithelium and ciliary dyskinesia consecutively impairing the mucociliar clearance (12). It was shown that physiological concentrations of zinc increase ciliary beat frequency (13). Moreover, zinc supplementation in zinc deficient rats had a positive effect on the number and the length of bronchial cilia (14) (Figure 1.4). Improved ciliary clearance does not only improve the removal of virus particle, it also reduces the risk of secondary bacterial infections, as discussed later. Alterations of the extracellular matrix, as monitored by increased epidermal growth factor and proliferating cell nuclear antigen (PCNA) immunostaining of rat lungs during zinc deficiency have also been described (15).

b) Zinc is essential for preserving tissue barriers

Disturbances in the integrity of the respiratory epithelia facilitate the entry of the virus as well as co-infecting pathogens and can lead to pathogens entering the blood stream. An ex-vivo model of the chronic obstructive pulmonary disease (COPD) showed that decreasing zinc levels raised the leakage of the epithelium of the respiratory tract (16), while zinc supplementation improved lung integrity in a murine model of acute lung injury in vivo (17). Increased apoptosis and E-cadherin/beta-catenin proteolysis were amongst the underlying mechanisms (17–19). The expression of tight junction proteins like Claudin-1 and ZO-1 was found to be zinc-dependent, offering another explanation for zinc's positive effects on lung integrity (16). In addition, an inhibitory effect of zinc on LFA-1/ICAM-1 interaction weakened inflammation in the respiratory tract via reduction of leukocyte recruitment (20). Furthermore, high zinc levels improved the tolerance of the lung towards damage induced by mechanical ventilation (21) (Figure 1.4).

ACE-2, mainly expressed on pneumocytes type 2, is a zinc-metalloenzyme. Zinc binds to its active center and is thus essential for its enzymatic activity. If zinc binding also affects the molecular structure of ACE-2 and thereby its binding affinity to the virus, remains to be tested (22, 23). However, this is likely as zinc is important for stabilizing protein structures and altering substrate affinity of various metalloproteins (24, 25). Finally, zinc homeostasis might affect ACE-2 expression, as zinc-dependent expression was reported for other zinc-metalloenzyme such as metallothionein and matrix metalloproteinases (26). This suggestion is strengthened by the finding that ACE-2 expression is regulated by Sirt-1 (27, 28). As zinc decreases Sirt-1 activity (27), it might decrease ACE-2 expression and thus viral entry into the cell (Figure 1.2).

A lack of adequate secretion of type I and type II interferons was reported for COVID-19 patients (29). For human interferon alpha (IFN-α) it was shown that zinc supplementation can reconstitute its expression by leukocytes and potentiates its anti-viral effect via JAK/STAT1 signaling as observed for rhinovirus-infected cells (30, 31). However, as it was suggested that SARS-CoV2 might take advantage of the interferon-dependent expression of ACE2, which was recently addressed by Ziegler et al. (32), the overall effects of zinc need to be carefully evaluated in future studies.

As a virus, SARS-CoV2 is highly dependent on the metabolism of the host cell. Direct antiviral effects of zinc have been demonstrated in various cases, which was reviewed in great detail (33–37). Examples include coronaviridae, picornavirus, papilloma virus, metapneumovirus, rhinovirus, herpes simplex virus, varicella-zoster virus, respiratory syncytial virus, human immunodeficiency virus (HIV), and the hepatitis C virus (34, 35, 37–39). It was suggested that zinc can prevent fusion with the host membrane, decreases the viral polymerase function, impairs protein translation and processing, blocks viral particle release, and destabilizes the viral envelope (35, 37, 40). Low-dose zinc supplementation together with small concentrations of the zinc ionophores pyrithione or hinokitol decreased RNA synthesis in influenza, poliovirus, picornavirus, the equine arteritis virus, and SARS-CoV by directly inhibiting the RNA-dependent RNA polymerase of the virus (34, 41). There is evidence that zinc can enhance the effect of chloroquine, another known zinc ionophore, while zinc ionophores like epigallocatechin-gallate or quercetin remain to be tested (42–45). There are close similarities of SARS-CoV2 and other coronaviridae like SARS-CoV and Middle East respiratory syndrome-related coronavirus (MERS-CoV) (46). Also, the alcohol-aversive drug disulfiram can bind the papain-like proteases of SARS-CoV and MERS-CoV resulting in release of cysteine-bound zinc that results in protein destabilization (47). Detailed studies on zinc's effect specifically on SARS-CoV2 are highly required (Figure 1.3).

One of the hallmarks of COVID-19 is an imbalanced immune response (48). Due to hyper-inflammation, immune products including pro-inflammatory cytokines like interleukin (IL)-6, C-reactive protein (CRP), tumor necrosis factor (TNF)α and IL-1β (summarized as cytokine storm or cytokine release syndrome), reactive oxygen, and nitrogen species in connection with the recruitment of high numbers of strongly activated immune cells to the lungs, the destruction of the tissue, permanent lung damage and death due to systemic inflammation, and organ failure are expected, while the anti-inflammatory response is insufficient (48–52). A high number of patients develop an acute respiratory distress syndrome (ARDS) accompanied by high alveolar leakage leading to alveolar and interstitial edema with severely limited oxygen exchange (53). Advanced SARS-CoV2 infections are characterized by a systemic involvement with organ complications and accompanying cytokine storm (52, 54).

There is no doubt on the anti-inflammatory and anti-oxidative properties of zinc and underlying mechanisms have been the focus of numerous studies (1–3, 6, 55–60). A detailed description of zinc metabolism in airway epithelium and during inflammation of the airways has been published by Zalewski et al. (61). On the other hand, zinc deficiency was associated with elevated levels of pro-inflammatory mediators, increased reactive oxygen species (ROS) levels and pre-disposing for severe progression of inflammatory diseases, especially those affecting the lung, often reversible by zinc supplementation (6, 17, 56, 62–66) (Figures 1.5,1.6). As one example, exposure to organic dust increased lung damage, inflammation and macrophage hyper-activation in animals with zinc deficiency, predisposing these animals to pulmonary fibrosis, while zinc supplementation 24 h before induction of acute lung injury significantly attenuated the inflammatory reaction and tissue damage (17, 67). Regarding systemic inflammatory diseases the number of studies showing benefits of especially preventive zinc supplementation is constantly increasing (17, 18, 58, 65, 68). Amongst the underlying mechanism, zinc's role as second messenger and importance in regulating intracellular signaling as detailed in Figure 1 were described as well as zinc's effects on the epigenome (56, 57, 69–74).

Furthermore, leukocytosis with neutrophilia and lymphopenia, especially affecting CD8+ T cells, were associated with poor prognosis of COVID-19 and the recovery of lymphocyte counts lead to clinical recovery (75, 76). Similar changes in lymphopoiesis and myelopoiesis have been described in zinc deficient rodents, which were normalized when zinc was supplemented (17, 19). Circulating and lung-resident T cells from COVID-19 patients showed increased expression of markers for T cell exhaustion like Tim-3 and PD-1 (77). The extent of these changes had an impact on the patient's prognosis (50). During the past decades, an immense literature was generated on the need of zinc for lymphocyte development and function and that zinc supplementation (6, 19, 63, 64, 78, 79) can reverse lymphopenia. Enumerating all findings and underlying mechanisms is beyond the scope of this article, and a lot of aspects have been discussed in related publications (36) but as one of the many key roles of zinc in the context of T cell function, zinc is indispensable in the signal cascade of the T cell receptor and IL-2 as a second messenger (78, 80) (Figure 1.9). The B cell compartment also strongly benefits from a balanced zinc homeostasis, as zinc is required for B cell maturation and function (72, 81) (Figure 1.8). Also important to mention, but neglected by previous related articles, is that there is evidence (82, 83) that SARS-CoV2 can directly infect T cells as well as B cells and impair their cell specific function. This could explain the impact of SARS-CoV2 infection on lymphoid tissues like the human spleen and lymph nodes (84). However, as data are limited to in vitro experiments, this needs to be verified in vivo as well as if zinc affects the virus-induced changes in T and B cells.