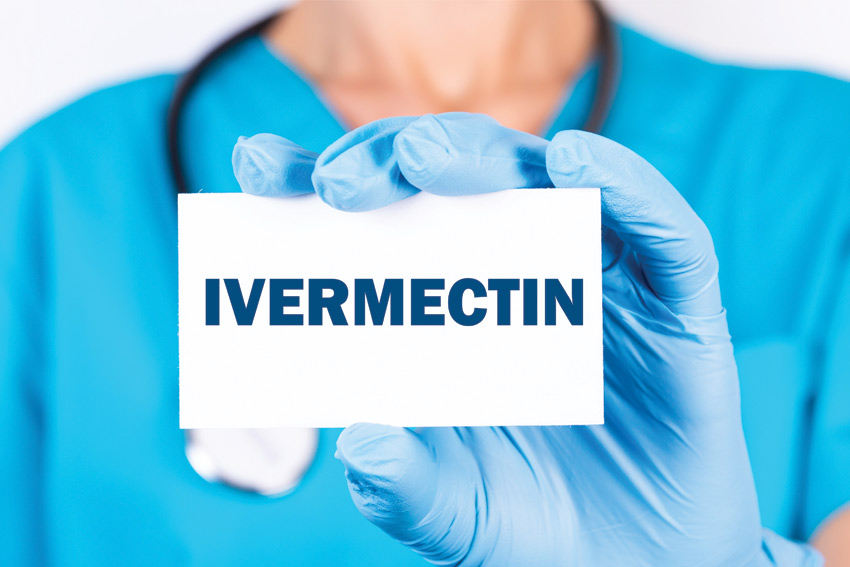 In 2015, the Nobel Committee for Physiology or Medicine, in its only award for treatments of infectious diseases since six decades prior, honoured the discovery of ivermectin (IVM), a multifaceted drug deployed against some of the world’s most devastating tropical diseases. Since March 2020, when IVM was first used against a new global scourge, COVID-19, more than 20 randomized clinical trials(RCTs) have tracked such inpatient and outpatient treatments. Six of seven meta-analyses of IVM treatment RCTs reporting in 2021 found notable reductions in COVID-19 fatalities, with a mean 31% relative risk of mortality vs. controls. During mass IVM treatments in Peru, excess deaths fell by a mean of 74% over 30 days in its ten states with the most extensive treatments. Reductions in deaths correlated with the extent of IVM distributions in all 25 states with p < 0.002. Sharp reductions in morbidity using IVM were also observed in two animal models, of SARS-CoV-2 and a related betacoronavirus. The indicated biological mechanism of IVM, competitive binding with SARS-CoV-2 spike protein, is likely non-epitope specific, possibly yielding full efficacy against emerging viral mutant strains.

The 2015 Nobel prize for the discovery of ivermectin (IVM) and an antimalarialtreatment was the Nobel committee’s first award for treatment agents for infectious diseases since the one in 1952 for streptomycin [1]. A macrocyclic lactone of multifaceted potency [2,3], IVM as deployed worldwide since 1987 has made major inroads against two devastating tropical diseases, onchocerciasis and lymphatic filariasis [4]. During the year since IVM treatment was first applied to COVID-19, another global scourge [5], results from more than 20 randomized clinical trials (RCTs) of IVM treatment of COVID-19 have been reported [2,6,7], with inpatient and outpatient treatments of COVID-19 conducted in 25 countries [2]. A likely biological mechanism has been indicated to be competitive binding with SARS-CoV-2 spike protein sites, as reviewed [8,9].

Recently, Dr Satoshi Omura, the Nobel co-laureate for the discovery of IVM, and colleagues conducted a comprehensive review of IVM clinical activity against COVID-19, concluding that the preponderance of the evidence demonstrated major reductions in mortality and morbidity [2]. Our review of that evidence, updated with consideration of several new studies, supports the same conclusion.

A framework for the examination of clinical IVM treatment results for COVID-19 is provided by related animal studies using IVM at low human-equivalent doses. In golden hamsters that were intranasally inoculated with SARS-CoV-2, causing symptomatic COVID-19 infections, concurrent dosing with IVM significantly reduced the severity of clinical signs (p < 0.001). While viral load was not reduced, these improvements included one-third of the incidence of anosmia and sharp reductions in the Il-6/Il-10 ratio in lung tissue [10]. In another animal model, mice were infected with mouse hepatitis virus MHV-A59 [11], a betacoronavirusstrain that does not express hemagglutinin esterase [12], like SARS-CoV-2, SARS-CoV, and MERS [8]. Whereas infected mice had severe histopathological liver damage, IVM-treated mice had half the hepatic viral load and minimal liver damage, not significantly different than that observed in uninfected controls.

RCTs for IVM treatment and prevention of COVID-19

An objection that had been raised earlier in 2021 to the preponderance of clinical evidence for the efficacy of IVM treatment of COVID-19 as summarized above was that none of these RCTs had been published in mainstream peer-reviewed scientific journals [23]. Closing that gap, however, was the publication in 2021 in journals from major scientific publishers of five such RCTs for COVID-19 treatment [[24], [25], [26], [27], [28]], each showing multiple clinical benefits for IVM vs. controls, most of these to statistical significance at p < 0.002. Also published in 2021 were three other RCTs for IVM treatment of COVID-19: one that reported briefer hospital stays for IVM treatment short of statistical significance (p = 0.08) [29], another that compared IVM with two other drug treatment groups but not a placebo group and found no benefit [30], and an additional study conducted in Cali, Columbia with mix-ups between treatment and placebo doses as described below.

Another objection that has been raised to the RCT evidence supporting IVM efficacy was that study populations were too small [31]. Yet, it is well known in clinical trial design that highly effective drugs will establish statistically significant results with smaller sample sizes, with larger study populations required for minimally effective drugs [32,33]. But for a drug with a more modest RR of 75%, for example, the treatment and control arms would need more than 3800 subjects each to yield the same statistical significance [33]. Although large study populations are useful to screen for adverse effects (AEs) of new drugs, IVM has been used safely in 3.7 billion doses worldwide since 1987 [2,3] and is well tolerated even at much greater doses than the standard single dose of 200 μg/kg [34,35]. It has been used in RCTs for COVID-19 treatment at cumulative doses of 1500 μg/kg [36], 1600 μg/kg [22] and 3000 μg/kg [37] over 4 or 5 days with only small percentages of mild or transient adverse effects.

Among these RCTs that established safety for high-dose IVM treatment of COVID-19 was one conducted in Cali, Columbia, with generally mild COVID-19 cases, median age 37, having only one death in the control group [36]. The study found no statistically significant symptom improvements with IVM treatment yet reported a striking anomaly: AEs distinctive for its high IVM dose, described in the study protocol as ‘security parameters’ for its IVM use, occurred at almost identical rates in its IVM and placebo arms. These included transient incidences of blurred vision (11.3%, 11.6%) and dizziness (35.6%, 34.3%). These indications of IVM use in controls occurred as over-the-counter sales of IVM surged in the study region during the study period (Supplementary Table 1). Further questions as to the study’s treatment/control boundaries were raised by the mistaken substitution of IVM for placebo for 38 patients, discovered by the lead pharmacist a month after the fact (study, p. 3; study protocol supplement, p. 43). In addition, blinding was breached by the use of the dextrose-saline solution as the placebo for 64 control patients (IVM tastes distinctively bitter), while the composition of the replacement placebo solution was not specified [38].

Supporting the findings of IVM efficacy in COVID-19 treatment as summarized above were indications of activity against SARS-CoV-2 in prevention studies. Three RCTs evaluated the prophylactic effect of IVM administered to cohorts of 100 [22], 117 [39] and 203 [40] subjects exposed to COVID-19 patients. These studies, all using IVM in doses of at least 150 μg/kg per week, reported statistically significant reductions in COVID-19 incidences, with respective RRs of 20%, 26% and 13% as compared with controls, and greater reductions in incidences of moderate and severe cases. Another RCT for COVID-19 prevention administered just one dose of IVM at 12 mg (about 150 μg/kg) to 617 subjects on day one of a 42-day observation period, while three other preventative regimens were each administered daily over that period [41]. IVM at that single low dose yielded the best results of these four regimens, with highly statistically significant reductions of close to 50% in both symptomatic COVID-19 and acute respiratory symptoms vs. controls.

14-fold reductions in excess deaths with IVM use in Peru, then 13-fold increase after IVM restricted

The clinical experience of IVM treatments of COVID-19 in 25 countries extends far beyond the RCT results summarized, yet incomplete tracking and lack of control data exclude most of this for evaluation. The record of nationally authorized such treatments in Peru provides a notable exception [42]. READ ORIGINAL HERE>>>>>Ivermectin: a multifaceted drug of Nobel prize-honoured distinction with indicated efficacy against a new global scourge, COVID-19

SHARE:
Posted in Early COVID Treatment
← UK panel does not recommend COVID vax for 12- to 15-year-oldsPotential role of zinc supp. in prophylaxis & treatment of COVID →