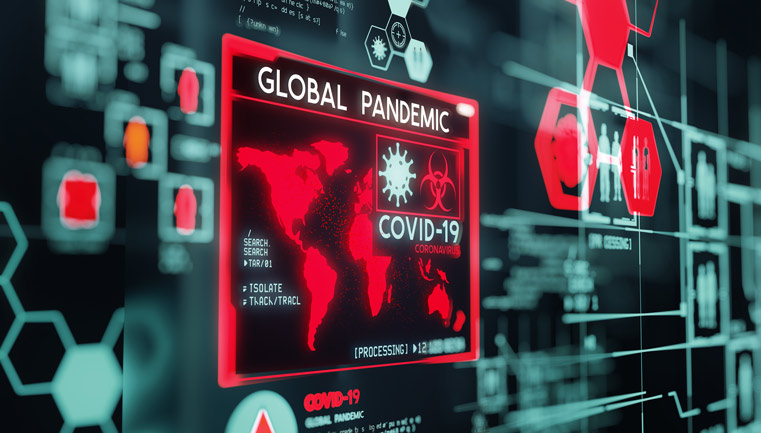 Countries with the world’s highest vaccination rates—including four of the top five most vaccinated—are fighting to contain coronavirus outbreaks that are, on a per-capita basis, higher than the surge devastating India, a trend that has experts questioning the efficacy of some vaccines (especially China’s Sinopharm) and the wisdom of easing restrictions even with most of the population vaccinated.

Of the Seychelles, Israel, the UAE, Chile and Bahrain—respectively the world’s five most vaccinated countries—only Israel is not fighting to contain a dangerous surge in Covid-19 infections.

Controlling for population, the Seychelles and Bahrain, alongside other highly vaccinated countries like the Maldives and Uruguay, recorded the highest number of daily coronavirus cases worldwide.

The Seychelles, a small island nation with almost double the U.S.’ vaccination rate, recorded 328 cases per 100,000 people, a far higher incidence than India (28) when population is accounted for.

The outbreaks in vaccinated countries have sparked concern over how effectivesome of the Chinese vaccines are versus the western vaccines Israel used, including the Sinopharm vaccine the World Health Organization endorsedFriday that makes up a large part of the countries’ immunization programs.

A relaxation of pandemic restrictions and mixed messaging from governments are also touted as potential explanations—tourism-reliant Seychelles and Maldives both (still) welcome tourists, Dubai exited lockdown rapidly and Chile loosened its restrictions and allowed domestic travel.

In many wealthy countries, vaccines have often been framed as the ultimate exit strategy from lockdown. Cases have declined in some countries executing successful and rapid campaigns, including the U.S., the U.K. and Israel, though experts point to places like Chile as a frightening example of what can happen if things are eased too quickly and warn a vaccine on its own is likely not enough. The efficacy of particular vaccines is likely to become a prominent concern as more countries begin to ramp up inoculation campaigns and there are concerns that some, like China’s Sinopharm vaccine, are far less effective at controlling the disease than those produced by the likes of Moderna and Pfizer.

WHAT TO WATCH FOR

World leaders, including the head of the World Health Organization, issue frequent reminders that nobody is “safe until everyone is safe,” an issue underscored by the vast vaccine inequity between nations. New, potentially more dangerous, variants are emerging across the globe, some of which could potentially evade existing vaccines. The WHO classified the B.1.617 variant tearing through India as a variant of concern Tuesday, noting it may be more infectious.

45%. All five of the world’s most vaccinated countries have at least this proportion of their population partially vaccinated. Data is available for Bahrain (47%), Chile (45%), Israel (60%) and the Seychelles (69%), with the UAE claiming third place thanks to its high number of doses given per capita (which is around 115,000 per 100,000 people; the UAE does not declare more granular data). The Seychelles (61%) and Israel (56%) also have the highest proportion of their population fully vaccinated, followed by Chile (38%) and Bahrain (35%). The U.S., where vaccination rates are declining in all but four states, sits just behind Chile and Bahrain, with 35% of its population now fully vaccinated and 46% partially.

In the U.S., where vaccine hesitancy remains high, polling indicates that unvaccinated Americans are likely to be the most comfortable engaging in normal activities. This risks sustained community transmission as many states begin to reopen in response to rising vaccination rates.

Originally Published on Forbes.com >>>>> Full Article Here
SHARE:
Posted in Cases, Vaccine News
← REMEMBERING NUREMBERG: IS HISTORY REPEATING ITSELF?COVID AROUND THE WORLD: “Back to School, By the Numbers..” John Cullen →